Extroverts: We adore your unbridled enthusiasm, boundless energy and ability to socialize with a houseplant. It’s inspiring. Also: exhausting. So, while we think you’re great, we wish you got us a little bit better. Here, 22 things that only true-blue introverts understand. Read on (in silence, of course). 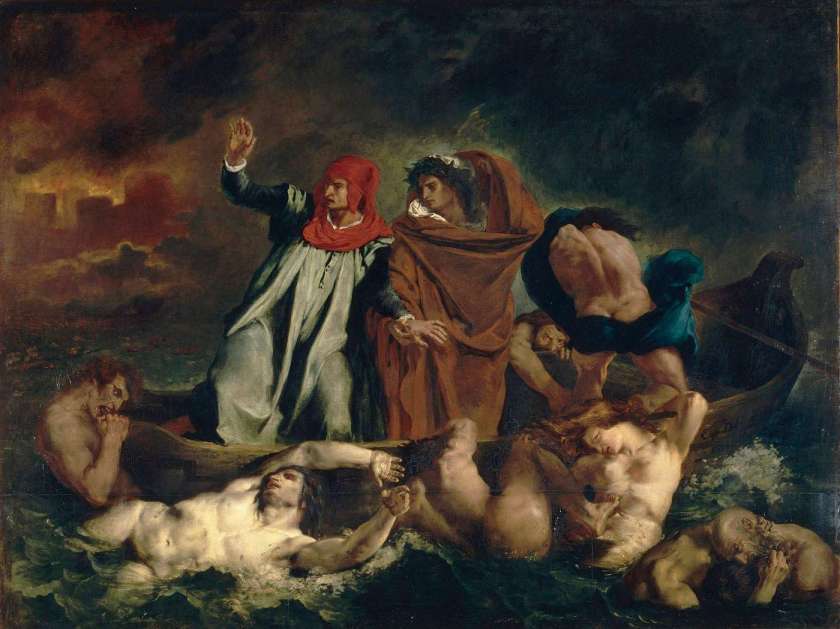 Today’s writing prompt:  You wake up next to a lake of fire.  There is a man named Virgil standing next to you.  He tells you that he knows you did everything you could bu,t you did not make it to heaven.  Then he welcomes you to Hell.  Try to figure out why you ended up there.  Go and explore.  In which circle will you remain?

I loved reading Dante’s Inferno, but it scared the heck out of me.  This prompt may require a little reading up, but  of course, that is always a good thing.

Are you looking to improve your health without having to diet? Try mindful eating—when you start listening to your body, healthy food choices will come naturally. Check out these seven simple ways you can learn to eat mindfully.

Source: The 7 Spiritual Laws of Mindful Eating | The Chopra Center

My next purchase.  I can’t wait to read this!

I never turn down an opportunity to learn from others, especially other writers.  We all need encouragement and confirmation to keep going.

Harper Lee inspired generations of writers, including Loretta Ellsworth, who shares insights into lessons learned while writing “In Search of Mockingbird.”

Source: Harper Lee – Inspiration for the writing life – The Writer

A new book looks inside the minds of introverted kids and teens, with lessons for schools on class participation, groupthink and public speaking.

Source: How Parents And Teachers Can Nurture The ‘Quiet Power’ Of Introverts : NPR Ed : NPR

Today’s writing prompt:  Start a story set in the year you were born in. Base the  main character on yourself at the age you are now.  Imagine what your life would be like in that year.

You have the power to learn and grow from your parent’s mistakes…if thats what you want to call them… there is no perfect parent and lots of conflicting opinions about parenting… but nonetheless people  seem to  feel the best about their childhood when their parent’s choices, behavior, personality seemed to be a good fit for

Source: How to move past your parents mistakes and stop blaming them for everything

Every Wednesday is List Day, or Tip Day, or Quiz Day. Today: Avoid these five habit traps — they can destroy your good habits. When we’re trying to maste

Source: Avoid These 5 Traps that Can Destroy Your Good Habits. | Gretchen Rubin

Life is confusing.  That’s just how it is.  Many people say that life is hard, but it is mostly making decisions  that give us difficulty.  We have tons of decisions to make: who to make friends with, which college to go to, how to spend our money, etc.  There is no way to get around it.  Even young children need to make decisions that will greatly impact their little lives.

In life we are given guides.  With choosing a guide comes another very important decision. We may have parents, mentors, clergy, or some spiritual adviser to help shape our thoughts and aid us in making decisions, but we must chose which one works for us.  Sometimes those choices are made for us.  Sometimes one way is all we know and it is not until we are exposed to something else that we begin to question the path laid out for us.

Like many of us I was lead to think a certain way, act a certain way, and do certain things.  It was not until I became older that I began to question many of my decisions.  Sometimes I went against what felt right to me in order to follow a path that was chosen for me.  I chose my first college major based on what I was told to do.  I knew it was not what I wanted for my life, but I was convinced it was the right thing because I was being counseled by someone I loved and trusted and someone I knew loved me.  Although I was a great student in high school, my first year of college was terrible.  I never missed class or failed to turn in an assignment but what was lacking was a true commitment.  I was just going through the motions.  It was a very passionless academic experience.  I had always loved reading and writing and always had a passion deep inside to become a writer or to live my life with writing being a major part of it, but instead I was told it would be best for me to go to law school and become a attorney.  I loved discussing things so naturally it made sense to those advising me to become an attorney.  I love a good argument so it was decided that an attorney I would be.  When I would express my desire to write for a living I was told I would be poor and unemployable.

After my first year of college I quit.  Being on academic probation truly helped me. I was able to petition to go back, but I used academic probation to prove the case that I was not yet ready for college.  In truth, I was, but I was not ready to go down a path that I knew would not suit me.  I folded and I walked away.  The dealing was done.  The summer I decided to leave college, I secured a full-time job.  I was making money and I was able to write as a hobby.  I was never so happy in my life.  I was able to make money and write, but there was something inside of me that wanted something more.

After working for a few years, I decided to continue may college career.  I then changed my major to Communications.  I still wanted to be an English major, but still heavily under the influence of old advice, I felt Communications seemed a more marketable choice.  I took a couple of classes in public speaking and an anthropology class.  I loved the anthropology class.  During that time I was reading a series by Anne Rice.  I was in awe of her ability to come up with such fascinating characters and felt that she must be blessed with some unique ability. As I began to study anthropology, I began to see some similarities to what I was reading in the Anne Rice series.  I mentioned those similarities to my professor and how I was amazed at how Anne Rice was able to craft such work loosely based off of the primal horde theory.  My professor then told me that I too have access to those same resources.  I knew right then that what I had always felt  in my gut was right.  I now had confirmation that I was the best person to determine what was best for me.  That was my last semester as a Communications major.  I had to walk away.

It was another 10 years of doing what I felt I was supposed to do before I went back to college as an English major. I continued on my job, got married, and had a child.  A few months after my son was born I quit my job to be a full-time mother.  This decision was one that was extremely easy to make.  There were plenty of loved ones who said I would be making a mistake by quitting a good job that I was able secure without a college degree and had had several promotions.  People told me that I would never have that opportunity again.  I didn’t care.  The job I has was not the path I wanted to continue on anyway, but I was sure I wanted to be the best mother I could to my son.  I quit my job.  I knew when to walk away.

When my son began school.  I was left at home with nothing to do but clean my house and cook.  I began writing.  I had a few articles published and I felt like I was on the start of living my life the way I wanted, but something was still missing.  I wanted that degree.  With my son in school I had the time to go back and get it.  I held on to my dream.  I went down several different paths before I reached my goal, but I held on to what I knew was best for me.  I won’t say that those different paths were the wrong ones, but what is most important was knowing that I must hold on to my dream.  Those other paths led to lasting friendships, connections, and experiences that have shaped the person I have become.