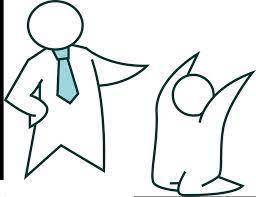 As of late, I have noticed that I have somewhat traded my voracious reading of books to binge-watching. This is a habit I am working to reverse, but I have seen some very interesting and thought-provoking series.

Currently I am watching The Crown on Netflix. I am fascinated by the idea of a limited monarchy, and I struggle to see its relevance. The idea of deference is what stands out for me. My character is instantly opposed to it. I find it difficult to show blind devotion to something or someone just because, but I know that it exists.

I am a parent to a wonderful 14-year-old son. When I think of any persons deserving of deference, it is parents, but we are not always deserving of it. We are all fallible, and I am not opposed to my son pointing that out to me. How are we to teach our children to think on there own if we don’t allow them to challenge things? I am not suggesting that parents not be in control of their children, but to allow them to ask questions and not to follow blindly.

I experienced such deference with an employee at my former place of employment. I had hired a man who was homeless and had very limited education. Needless to say, he was thrilled to have a job and I was even more thrilled to give him that opportunity. One day, I watched this new employed clock out and return to work. I immediately caught up to him to let him know that he is to be paid for all work he does and to not work off the clock. He responded by telling me that he knew he was not supposed to do so, but the boss told him that he had to finish the job for the day regardless of being close to overtime which he was also not permitted to have. The man then told me “You have to do what the boss says sometimes even if you know it’s not right”.

I was enraged and saddened. I was enraged because I knew “the boss” knew this man was so dependent on his employment that he would do anything to keep it. I was saddened because this man felt he had to do what he knew was not right because “the boss” told him so. Being the person I am, I a made sure “the boss” was reported and the the worker was compensated for the work he did.

My question is when does respect turn into senseless deference? At what point do you compromise your own beliefs and values in deference to something or someone?